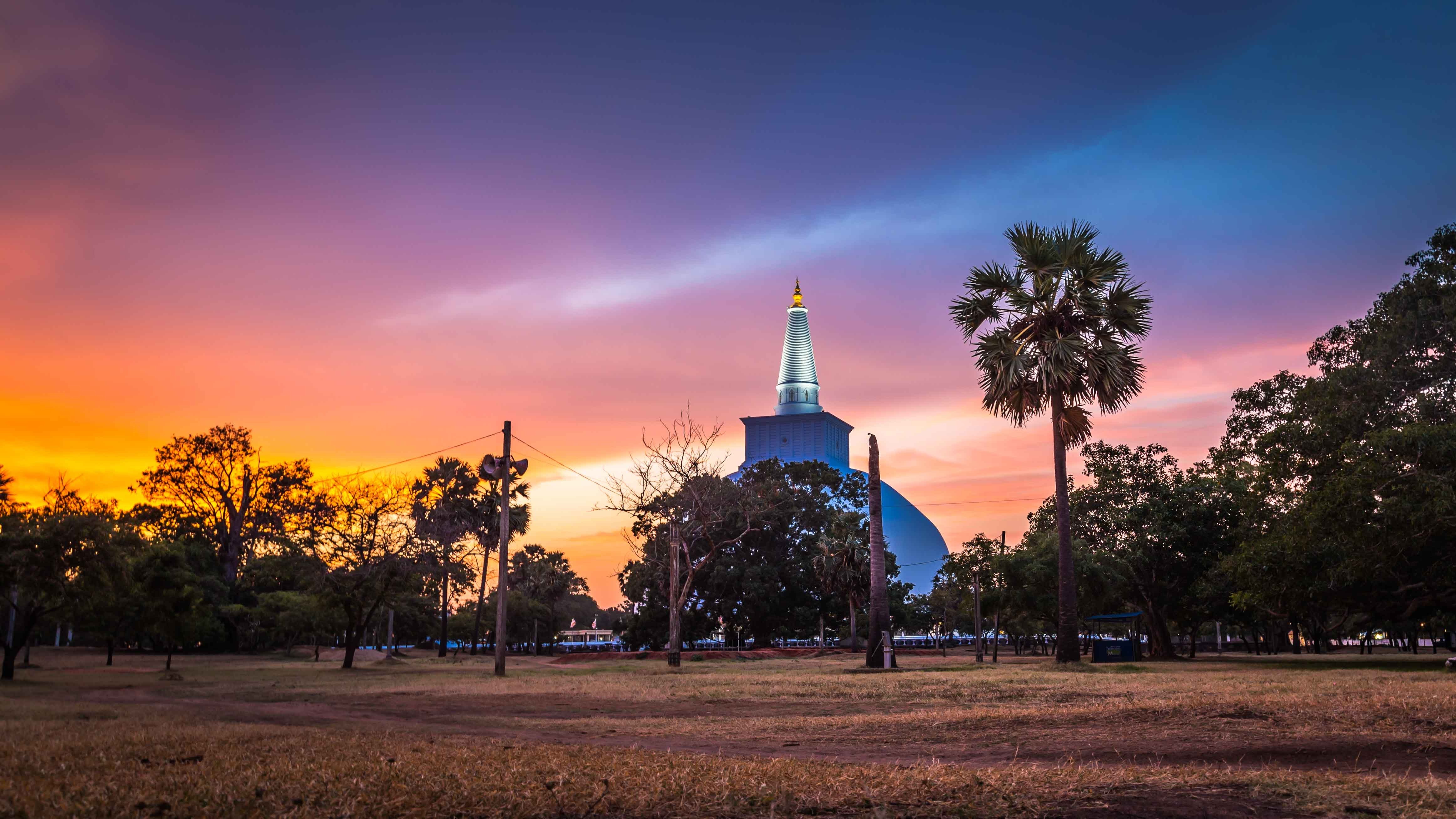 The sacred city of Anuradhapura is the oldest former kingdom of Sri Lanka, founded in the Fourth Century BC. Till the 11th Century AD, it served as the capital of the island and an epicentre of the flourishing of culture, religion, agriculture and trade, in the region. Today it is one of the most visited tourist attractions because of its ancient ruins - remnants of the temples, palaces and monasteries that once boasted impressive architectural accomplishments. It is also a World Heritage Site protected by UNESCO.
According to the Mahavamsa, the city received its name after Anuradha, a minister who accompanied the exiled Prince Vijaya, who settled in Sri Lanka and is considered the founder of the Sinhalese people. However, Anuradhapura was chosen as the seat of the monarchy by King Pandukhabaya. Although the influence of Buddhism played a significant role in the cultural and architectural renaissance of the city, it wasn’t until the reign of King Devanampiyatissa many years later that Buddhism spread as a religion in the country.
The most revered attraction is the Jaya Sri Maha Bodhi Tree, a shoot of the sacred fig tree that Lord Buddha attained enlightenment under in Bodh Gaya, India. It was brought to Sri Lanka in the 3rd Century BC by Sagamitta Theri, the sister of Mahinda, who is credited for introducing Buddhism to Sri Lanka, and planted in the Mahamewna Gardens in Anuradhapura, in 288 BC by King Devanampiyatissa.
Today, visitors will still be able to see the magnificent stupas dedicated to the practice of Buddhism at the time. Jetavanaramaya, standing at an impressive 70 metres now, was the third tallest mandmade structure at time (with the first two being the Pyramids of Giza) at 120 metres. It said to have been built with at least 90 million bricks. The oldest dagoba, Thuparamaya, was built to the shape of a heap of paddy rice but was later restored to its current bell shape in 1862. are astonishing in not just their size but engineering feats. The Ruwanweliseya, which glistens in white, was also considered the tallest structure at the time it was built, at 55 metres. Other ruins such as the Abahayagiriya, Isurumuniya, Thuparamaya, Lankaramaya and Mirisavetiya are also astonishing architectural marvels. The Ratna Prasad (Jewel Palace) and Lovamahapaya (Brazen Palace) are unique structures that are impressive in their own way. Many of these stupas are believed to house relics of the Lord Buddha, deep in the core of their structures. These sites are usually surrounded by the remains of large monastery complexes, ponds, pillars, moonstones, bas reliefs, shrines and statues, all adorned with symbols of Buddhist art.
Most of these sites can be visited at the are now declared the Anuradhapura World Heritage Site, which allows visitors to spends hours walking through hundreds of ruins. The Archaeological Museum here store artefacts that have been excavated throughout the years, including artwork, carvings, coins and decayed parts of ancient structures.
Sitting in the dry zone of Sri Lanka, Anuradhapura is best visited between November and April, when the climate is cooler. The months of July and August are also good times to visit for Buddhist devotees. It takes roughly 3.5 hours to get to Anuradhapura from Colombo. Make sure to wear modest clothing during visits to the ancient religious sites (or accessories to cover shoulders and legs).