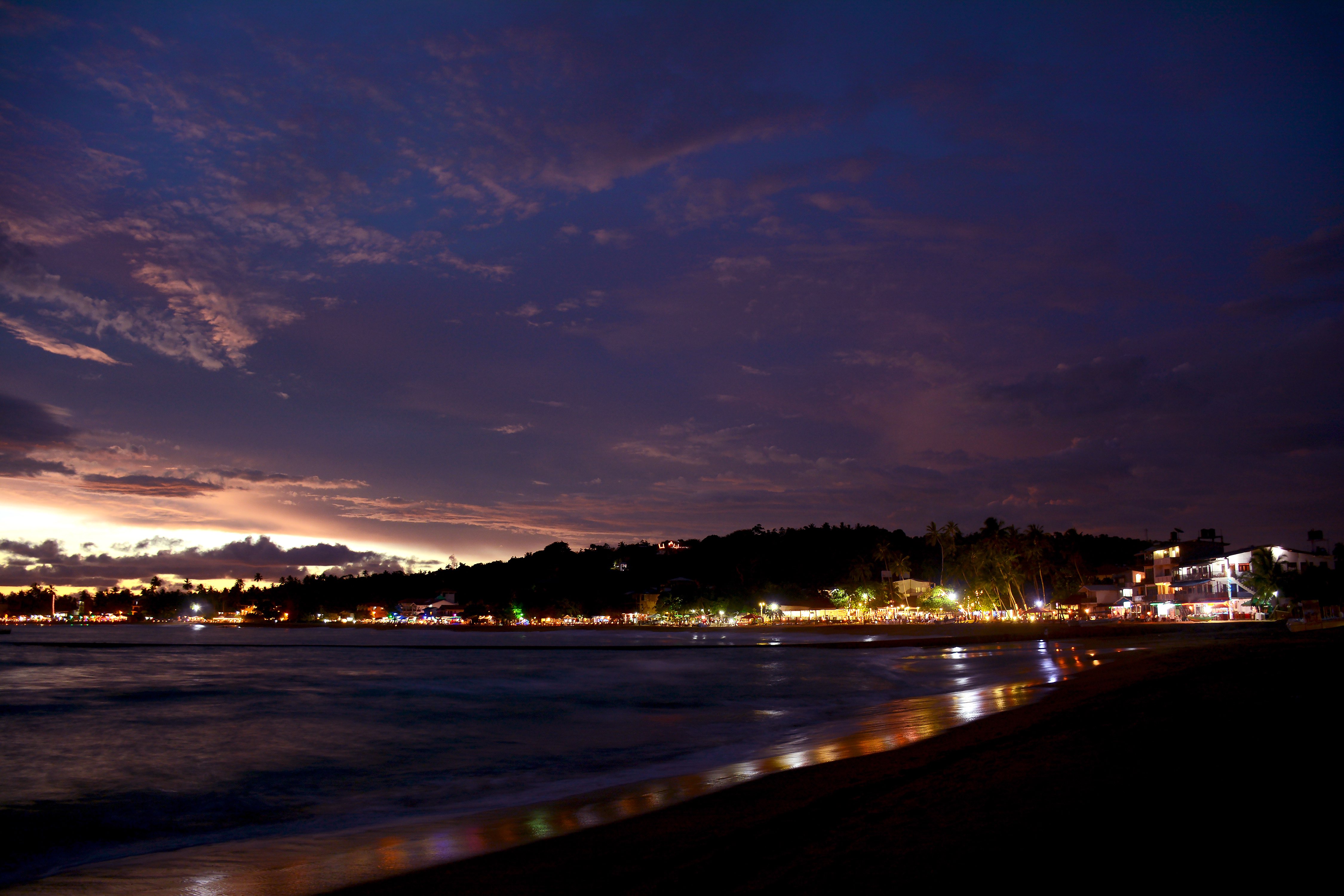 One of the most popular tourist destinations in Sri Lanka, the sunny town of Unawatuna lies in the Southern Province - very close to the city of Galle. The Unawatuna Beach is frequented by locals and international travellers of all ages throughout the year, mostly because the sea here is great for swimming and diving. The trendy bars and restaurants also draw young partygoers and it is not uncommon to see this area come alive during the season with live music and parties. For this reason, Unawatuna has often been nicknamed a ‘Mini Goa’.
The beach itself is semicircular and the shallow waters make it ideal for swimming throughout the year. One of the most frequented spots is at the end of the Welle Devale Road, which is also populated by guesthouses, restaurants, cafes and shops. They are usually fairly inexpensive, which make them very popular with budget travellers, backpackers and surfers. By evenings, most visitors to the area will find themselves sitting out on the beach while enjoying a variety of cuisine, including freshly caught seafood, and delicious cocktails and wine. There is lots of activity in the night too, making it perfect for socializing and dancing.
There are several diving schools in this area, which offer tourists diving and snorkelling expeditions, especially at the Buena Vista reef, which is home to numerous species of marine creatures. The many sunken ships that sit at the bottom of the ocean in this area make it an fascinating site for divers, with the British-owned Rangon that sunk around a century ago being one of the most popular divings attractions. Other activities here include yoga, meditation, underwater photography and yacht cruises, which are often easy to find through guesthouse staff and tour guides.
There are not many historical sights in this area. The Rumassala Peace Pagoda in Unawatuna was only built in 2005, by Japanese Buddhist monks. Nevertheless it can be an interesting visit for those who want to see the structure as well as local Buddhist rituals.
Unawatuna is in close proximity to several other attractions in the area, such as the secluded Jungle Beach, which is a two-kilometre walk away. The once-quiet bay now draws in many people during the season, and is ideal for swimming and relaxing on the beach. There is also a popular cafe here that offers fresh juices and snacks, and plays music in the evenings.
Also closeby is the Yatagala Raja Maha Viharaya, which is one of the oldest rock temples in Sri Lanka, dating back to around 2,300 years ago. Today, it’s still possible to see murals painted on the walls of the temple and a nine-metre-long reclining Buddha statue. With the towns of Hikkaduwa and Galle also within 20-30 minutes away by road, there is always plenty to do while staying here.
Unawatuna is best visited during the months between November and April, during the tourist peak season. However, most guesthouses and restaurants are now open throughout the year. It’s easiest to get to by road and train, and takes about 3.5 hours to reach from Colombo.