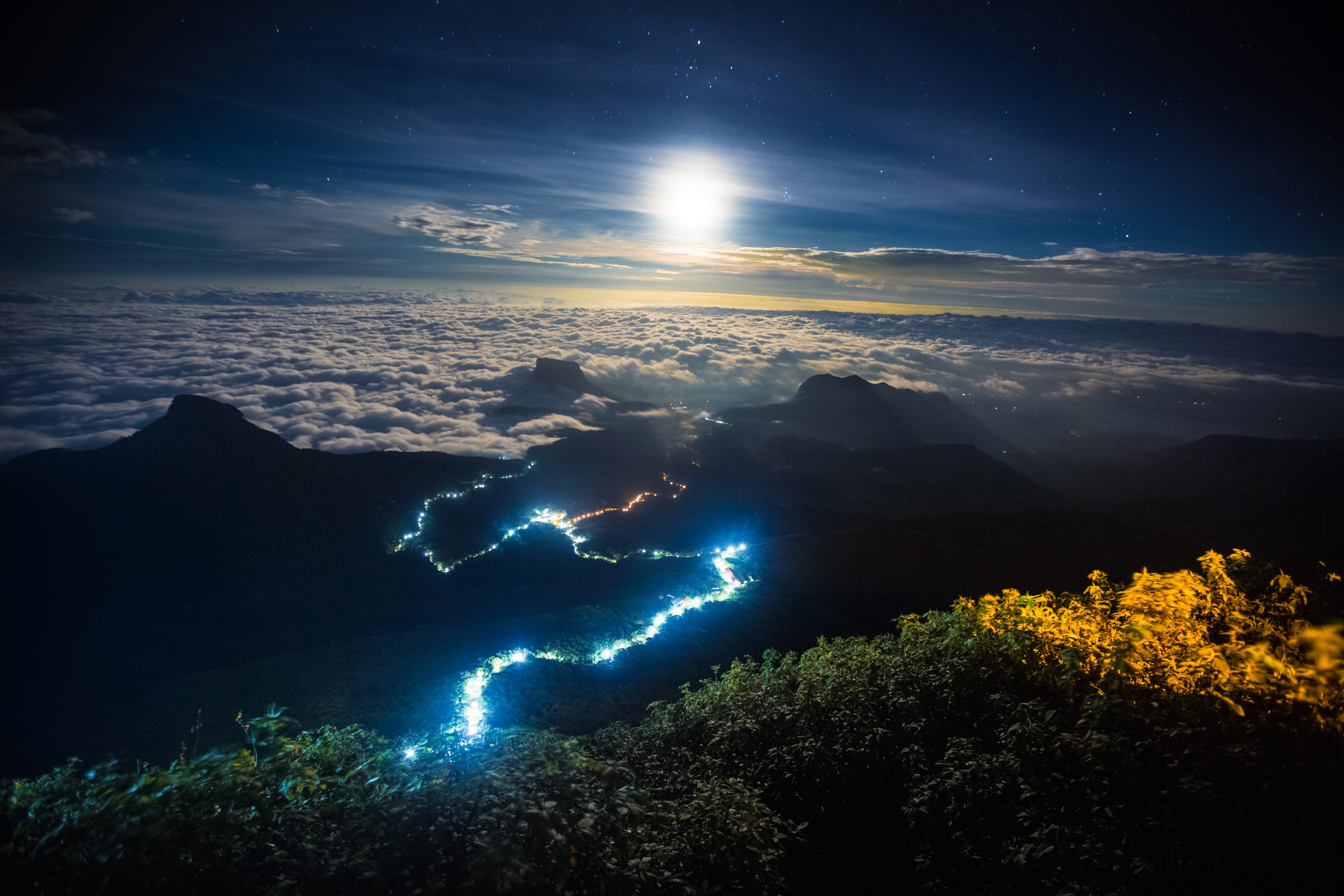 Adam’s Peak, also known as Sri Pada, is a rare historical site, because it is considered sacred to all four major religious communities in Sri Lanka. During the season, it is common for thousands of pilgrims of all ethnicities to make their way here and take on the arduous journey up to the summit, usually just in time for the spectacular sunrise, and to receive blessings at the small temple located there.

Sri Pada, in Sanskrit as well as Pali, translates to ‘sacred foot’. Sri Lankan Buddhists believe the Lord Buddha left an imprint of his foot during his third and last visit to the island. Hindus refer to it as Shiva Padam, because they believe the imprint belongs to Lord Shiva, and Muslims and Christians believe it is the imprint of Adam’s foot. But Adam’s Peak has had many famous visitors, including the Chinese pilgrim and explorer, Fa-Hien, as well as Inb Batuta and Marco Polo, who were Arab and Italian travellers, respectively.

Even today, Adam’s Peak remains a popular destination for tourists. There are several entry points to the trail, with the most popular entrances in Hatton and Ratnapura. The former is shorter but steeper whereas the latter is longer but considered more scenic. Most pilgrims begin their ascent at night, when the temperatures have dropped, and arrive at the peak in the early hours of the morning. The trails are usually served by several resting spots and stalls selling refreshments. On the Ratnapura-Palabadda route, there are several smaller shrines and waterways in which pilgrims perform rituals. Another popular attraction here is the World Peace Pagoda, also called the Sama Chaitya, built by Japanese monks in the 1970s.